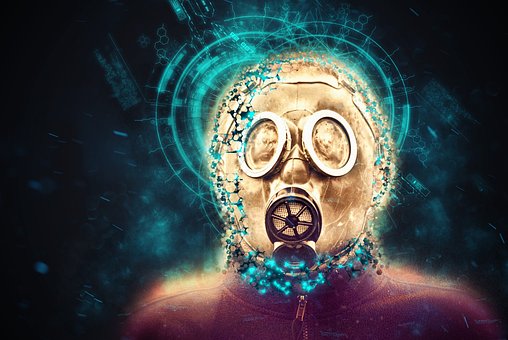 This week Pakistan declared that when we, the U.S. ever pulled a stunt like the one we pulled the week earlier, we would be in big trouble. What is that mean? Pakistani D-Day on a beach south of Los Angeles? Probably not. I guess they’re referencing their nuclear aresenal. Yes, Pakistan has nuclear weapons. They probably don’t have a delivery system that can drop Nuclear-grade Weapons directly on top of us, but perhaps they do. Maybe? You really can never tell. Especially if someone’s thinking outside the box.

I believe a lot of us consider that. Kids who grew up under the threat of an imminent Soviet First Strike. Everything doesn’t get killed outright. In reality a lot of stuff survives. Major metropolitan areas may be destroyed but there is a lot of an in-between. People have thought about this so much that there are even games like Fallout and Metro 2033 that imagine the big what if of life after Nuclear War. Ther’s a genre of fiction named Post Apocalyptic Fiction, or PA fiction. You’ll find it right next to the zombie books.

I think one thing everyone can agree on in this scenario is that society, national and international, will collapse for awhile. It’s happened before. Think about the Dark Ages. Most do not expect much beyond the most powerful i.e. motorcycle gang, local warlord types maintaining control over a limited area the size of state a town. Society collapses pretty fast when people have firearms and resources are scarce. Especially when there’s no recognized authority figure to enforce social contracts you’re probably looking at some hard times what with the bike gang and all.

So let’s say your one of the few who create it. You’re far enough away from the devastation which you may collect some supplies and endure. But what abilities do you require? I have a friend who spends his life training for the apocalypse. He is constantly teaching himself new skills and knowledge so that he will in fact be prepared in case of. . .whatever. He is not crazy. In fact it’s really only his own syllabus as he continues to improve himself post-college. It is how he spends his weekends.

And maybe it’s not so startling. Society goes sideways pretty quickly. Whether it is a flood. An earthquake. The government can’t pay its bills. Even when you’re on vacation and the country you are staying in collapses economically. These skills could come in handy.

A list of things you may want to start learning. Danger abounds. Stuff happens.

Learn to purify water. Get comfortable with understanding how to find and identify drinkable water. Chances are the stores will be looted and vending machines run on power. But there’s a crowbar for that.
Learn how to shoot a gun. Guns are complex pieces of equipment. From the security to the cleaning and maintenance aspect, guns can be complicated. Not all ammunition matches all guns. Some guns perform specific actions. Taking a basic gun safety course is a skill even those who oppose firearms should think about. The truth is, because of their very nature, firearms require a healthy amount of respect. Plus you might want to eat something. click here!
Which brings us to another skill. Field dressing an animal. Sure you can take an animal and eat it. However, you may make yourself sick. An animal has to be field dressed until it could be skinned and then prepared for dinner. What’s field dressing? It mainly involves removing the bladder and some other parts so the meat doesn’t get infected with waste and feces. Weird huh?
What do you do if you get sick or hurt? A course in basic first aid is probably great no matter what. A friend may not go into shock as soon as they see downtown being burned to the ground, but they may have a heart attack at a restaurant or during a fight. Understanding CPR and other first aid skills is likely handy now or following the fall of society.
The next skill is’a choose your own adventure’ skill. Here you might want to have a craft. Sewing, cooking, metal work, tool making and so forth. Being handy in a craft based skill generally allows a certain amount of familiarity at working with your hands and problem solving. Plus if society does start to rebuild your job at writing code might not be there for another hundred years. Understanding how to bake or make leather goods is something people will exchange goods with you . See they were right in camp once you learned to make leather wallets!
There are quite a few other skills you can learn. The majority of them end up being fun and you will probably never ever have to use them in an emergency, but they’re good to have. You can justify learning to sail and other experience skills in the interest of being ready.

THE OLD MAN AND THE WASTELAND is avaible on Kindle, Smashwords and NickColeBooks.com

I have thought about this subject and survival skills for quite a long time. In the course of my research for the novel I learned about how to live in the desert, flora an fauna of the South West and how to create traps. So there’s a lot of things you can do with this apocalypse knowledge. Look at making this the year you attempt to learn at least one ability you may need if everything goes Ka-Boom.